Learning on the raincoat

On rainy days, people who go out either wear umbrellas or wear raincoats.

Why is the raincoat impervious to water? The secret lies in the production materials. Take the cloth raincoat, which is made of rainproof cloth (ordinary cotton cloth treated with water repellent). Waterproofing agent is a paraffin emulsified slurry containing aluminum salt. After the paraffin wax is emulsified, it becomes fine particles, which are evenly distributed on the fibers of the cotton cloth. Paraffin and water can’t get together. When water meets paraffin, it forms oval water droplets and rolls on top of paraffin. It can be seen that paraffin wax plays the role of rainproof. In physics, this impermeable phenomenon is called “impermeable phenomenon”. Once water encounters ordinary cotton cloth, it penetrates through the capillary between the fibers, which is called “wetting phenomenon”.

Objects are made up of molecules. The interaction force between molecules of the same substance is called cohesion; and the interaction force between molecules of different substances is called adhesion. When the cohesion force is less than the adhesion force, the “wetting phenomenon” will occur; on the contrary, the “non-wetting phenomenon” will occur. Raincoats are impermeable, precisely because the cohesion of water is greater than the adhesion of water to raincoats.

Common glass looks smooth and shiny. However, when the water met it, it was tightly entangled, which caused all kinds of troubles: when it rained, the rain on the front window glass blocked the driver’s view, which was very unsafe, so I had to use the water paddle. , Drain the rain; for people wearing glasses, when they drink hot water, their lenses are immediately covered with a layer of mist, blocking the line of sight, and nothing can be seen.

After people knew the characteristics of the surface tension of water, and understood the relationship between water cohesion and adhesion, they not only cleverly made raincoats, but also created a novel “hydrophobic” glass—painted on ordinary glass. The layer of silicon organic compound medicinal film greatly weakens the adhesion of the mist to the glass. Using this kind of water-repellent glass as a lens can relieve people who wear glasses from the distress of fogging; if this kind of glass is installed on the front window of the car, the water paddle is no longer needed. Now you should be able to tell the truth that tarpaulins and cloth umbrellas do not leak rain! 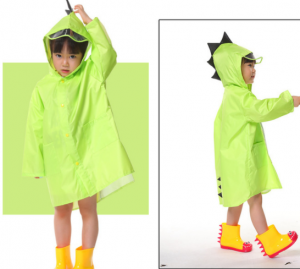