What are the differences between reflective raincoats and ordinary raincoats?

Because of the appearance of reflective raincoats, the incidence of car accidents on rainy days has also been reduced a lot. Wearing this kind of reflective raincoat, the searchlights from street lights or passing vehicles can reflect white light, which can be seen by the driver, avoiding accidents of vehicles hitting people. This kind of raincoat has become a safety protective clothing widely promoted on rainy days.

Reflective raincoat is a kind of traffic safety raincoat made on the basis of ordinary raincoat. In rainy weather, people still prefer to wear raincoats to avoid the rain, because it can protect the whole body. Other rain gear, such as umbrellas, can only avoid being poured on the top of the head in windy and rainy weather, and there is no way to avoid the clothing on the body. Therefore, raincoats have always been the first choice for rain shelters used in rainy weather. However, the weather in rainy days is gloomy and the light is weak, so I walk around in a raincoat

There is a certain danger on the road. The reflective raincoat can avoid these situations well.

On cloudy and rainy days, the sky is full of dark clouds and the light is very weak, which will seriously affect people’s visual ability. If a person wears a traditional ordinary raincoat on the road in rainy weather, it is difficult to be seen by the people driving on the road, and accidents will happen if they are not careful. This is already very common in life. In the news, we always hear about car accidents involving people wearing raincoats on rainy days.

In order to prevent this kind of disaster from happening again and again, people add reflective materials to the front of the raincoat, that is, the chest, limbs, and back on the basis of the traditional ordinary raincoat, so that the reflective raincoat can be exposed to strong light. Reflects white light to prevent people walking on the road when it is raining and being hit by vehicles traveling back and forth, causing a car accident.

The accident of hitting a person happened. This kind of raincoat has become a safety protective clothing widely promoted on rainy days. 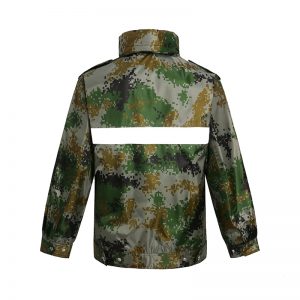 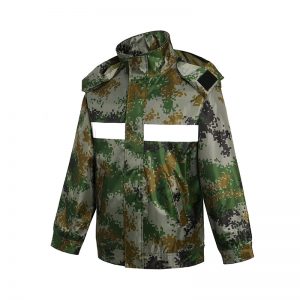