The difference between bicycle raincoat and electric bike raincoat

(2) The second difference is that electric bicycles generally have rear-view mirrors, so some electric bicycle raincoats have two rain-proof mirror covers that protect the mirrors, but bicycles do not have them.

(3) The third feature is that the raincoats for electric vehicles are generally double-brimmed. Because electric vehicles ride faster, they pay more attention to head protection to prevent rain from hitting the face. 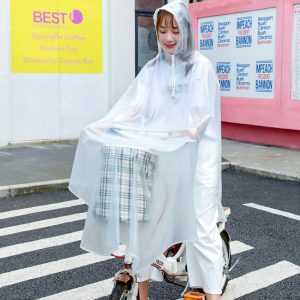 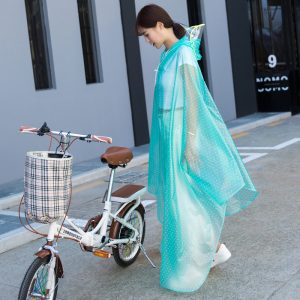